A couple who lived 7,000 miles apart for four years after meeting online now call Windsor their home after spending £30k to make their relationship work.

Megan and Whitney Bacon-Evans spent years in a long-distance relationship after connecting on Myspace in December 2006.

The two met online when Whitney came across Megan’s profile. She says she’d always been interested in British culture so, after sending a message, the pair hit it off and began talking on a daily basis.

After months of online communication, the pair finally met in person in 2008 when Whitney secured a place on a communications programme at Roehampton University, London.

Megan said: “I think we were both worried that it could have been a catfish scenario, but in the end, when we met up, it was perfect.

“A few weeks after meeting we made it official, and by the time Whitney had to go home, we were closer than ever.”

Throughout Whitney’s time in London, the pair were able to meet up regularly at weekends.

However, upon the end of Whitney’s placement, the pair spent four years as a long-distance couple.

However, that wasn’t the only issue they faced as an 11-hour time difference meant keeping in communication was a struggle, and platforms like Skype and FaceTime had barely gotten off the ground.

Whitney said: “We texted every day and I remember my mum raging at me for racking up a $2,000 bill.”

In 2011 Megan proposed to Whitney on Waimanalo Beach during a summer in Hawaii.

One year later Whitney secured a visa and moved to the UK.

Whitney said: “It wasn’t easy, but when you love someone, you make it work.

“Long distance is about trust and keeping the love alive – and that’s what we’ve had to do for a large chunk of our relationship.

The couple had a civil partnership ceremony six months later and upgraded to marriage in 2017.

And, in 2020, they embarked on a journey to become parents and are currently preparing for their third intrauterine insemination (IUI) attempt.

Megan said: “Keeping in consistent contact and making sure your partner feels involved is imperative for a healthy long-distance relationship.

“It helps to have a date in mind for when you next see each other because it gives you both something to look forward to.” 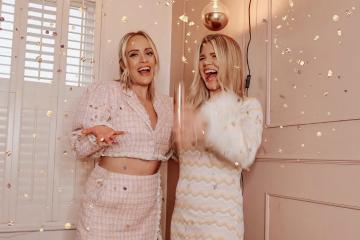