A CANDLE maker whose aunt in Ukraine is struggling to get cancer treatment has raised more than £10,000 for refugees.

Olga Line, who lives in Windsor with her husband Roger, started making candles six months ago.

When Russia invaded Ukraine, she decided to make a special vanilla-scented candle, called Flame of Freedom, to raise money for Ukrainian civilians stranded in the country.

She has already raised more than £10,000, and ten of the candles are being sent out to different celebrities. 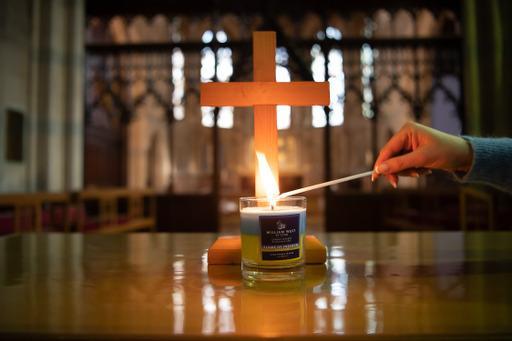 Olga hopes that the money raised with help the people stranded in Ukraine.

Olga said: “All of my family are over there and when this war started I knew I wanted to donate money to Ukraine and thought I’d make and sell these candles to raise funds to help.

“It’s such a horrible situation, I check with my family every day, every hour, and it’s really hard to hear what is going on and what they’re going through.”

But Olga said all her family want to stay where they are in Kyiv and fight for their country.

“My aunt has stage four cancer, she needed her next chemotherapy treatment but she can’t go to the hospital because Russia could bomb at any point,” she said.

“So my cousin and her husband took the medicine to my aunt and had to do the treatment from home.” 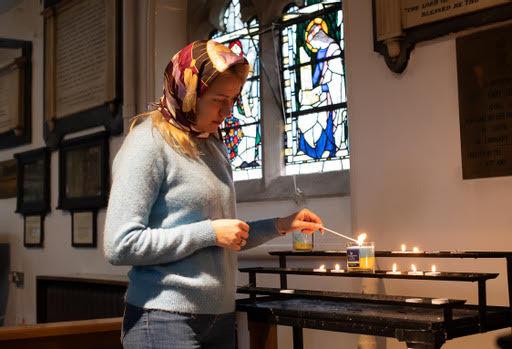 Olga said all the proceeds from the candle sales will go towards helping everyone in Ukraine. Picture: William West of Eton Candles

Olga said at the start of the war her family felt very scared and worried about what was going to happen.

She added all her family members insisted on staying in Kyiv to help each other out.

She said her family now seem more calm because everyone is volunteering to help.

“They now know what to do when the sun goes down, they go into the houses in the dark and stay with each other,” she said.

“They are fighting for their freedom, their country, and they will not go but I’m just so terrified.” 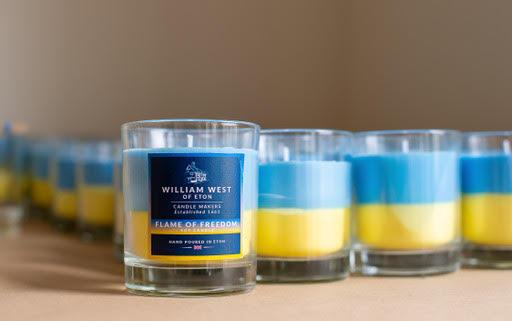 The Flame of Freedom candle costs £30. 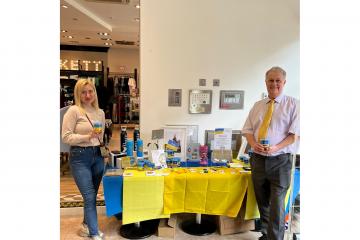