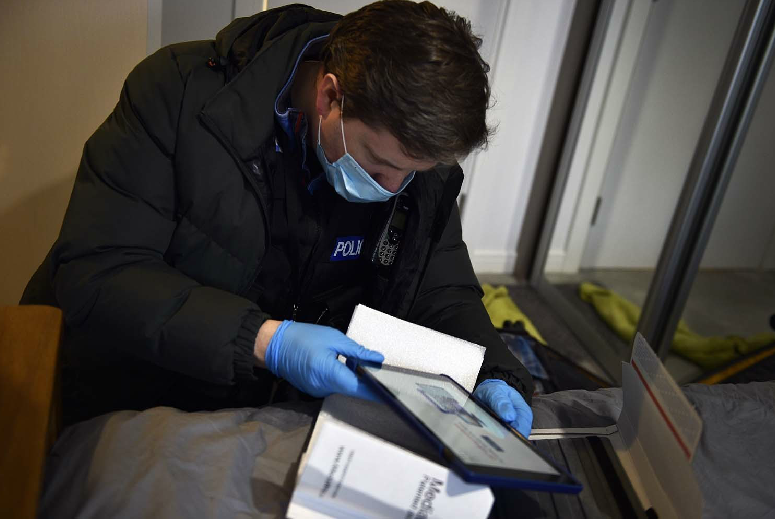 “It’s about making sure that we’re at our very best when our victims are at their very worst.”

That’s what it takes to be a police detective working for Thames Valley Police according to one of their very own.

And thanks to a new fast-track scheme, it’s now easier to join the ranks and start solving crimes in the area.

Detective Inspector Peter Scott, a trained surveillance officer who has investigated organised criminal gangs, prolific sexual predators and drug rings, told this newspaper what the force is looking for in new recruits.

He said: “We are really looking for people that have that ability to be able to solve problems, who are really good listeners.

“Policing is very much about being able to engage with people. When we speak to our victims and witnesses and our suspects, it’s about being able to build that rapport, understand people and having some of that emotional intelligence to understand why people might be doing something, why they’re not doing something, but particularly to engage with them.

“The role I work with now is on the child abuse investigation unit where I lead a team of detectives and we deal with the very harrowing cases that often hit the news.

“But when these crimes do occur, it’s about making sure that we’re at our very best when our victims are at their very worst. We can’t afford for emotion to disrupt, disturb or dismantle our cases.

“So by having a team that is resilient, we’re able to be absolutely professional and take the most serious and disturbing cases through to court to get that justice for the victims and take perpetrators off the streets.”

Despite the challenges detectives face in dealing with the more ‘harrowing’ cases, the role is very rewarding according to Detective Sergeant Lara Pinder.

DS Pinder has served in the force for 18 years with her last nine as a detective. She has experience investigating domestic abuse and priority crime.

She said one of the draws of being in the service is that no two days are the same.

“What is really rewarding is turning around a viewpoint of someone going from perhaps a previously negative experience or view of the police and transforming that”, she said.

“It does vary from day to day but for me, that’s one of the massive draws of being a police officer, and it’s no different being a detective, you’re never quite sure what you’re walking into.

“That can be quite revitalising actually, a little alarming on some occasions.

“There are several different routes into the police but with this one you would be dealing with the project crime team, you’ll be dealing with investigations about serious acquisitive crime so burglary, robbery, drugs, fraud, serious assaults, serious sexual assaults, modern slavery organised crime groups and the offences they commit.

“I’d say no two days are the same, for sure. And people’s lives are interesting and wanting to do a good job for them is a real trait that we’re looking for, it’s having that sort of professional curiosity and having a genuine desire to get a good result for someone.”

The DHEP programme itself is a “challenging” but “interesting” experience according to one of the student detectives currently putting themselves through the course.

It has come about through a partnership with Bucks New University and recruits’ initial learning will come from TVP’s training college at Sulhamstead in West Berkshire.

Training to become police constables is the first objective and students are taught about various laws and knowing how to act upon them.

Recruits are then sent to a local policing area where they will do ten weeks in uniform before gaining their independent patrol status.

Recruits must pass national investigator exams at the end of their course to complete their diploma.

Michael Hopcroft, a student detective currently ten weeks into the course, worked for Waitrose and as a flight attendant before deciding on a career change.

Speaking of his experience so far, he told this newspaper: “It’s very rewarding and I didn’t come from a policing background previously so it’s been fascinating for me learning the ins and outs of all the laws and what we do to protect the community.

“You don’t necessarily need a degree that’s relevant, like a criminology degree. My degree was in geography.

“It’s more about life experience. Basically, anyone and everyone can join if they just apply themselves.

“I’m an old flight attendant. During the pandemic obviously the aviation industry took a dive so it was a good career, but since having my feet on English soil I’ve thought it’s time I actually make a difference and help people and that’s how I found myself sat where I am today.”

There are a number of pathways into the police that do not require recruits to have a degree.

For more information on the DHEP programme, click here.

For more information on other routes into the service, click here. 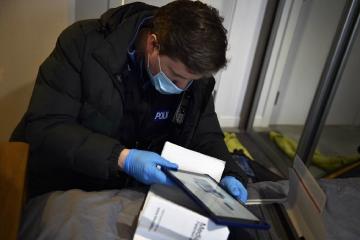