IN a police crackdown on knife carrying across the country last month, Thames Valley Police seized 256 knives across Berkshire, Bucks and Oxfordshire.

Almost 100 knives were seized by police in Berkshire alone.

For those who are caught with knives in public, a court date often awaits.

Here are some people from Berkshire who have been caught with blades in public places (including one who was carrying a Spiderman knife!) 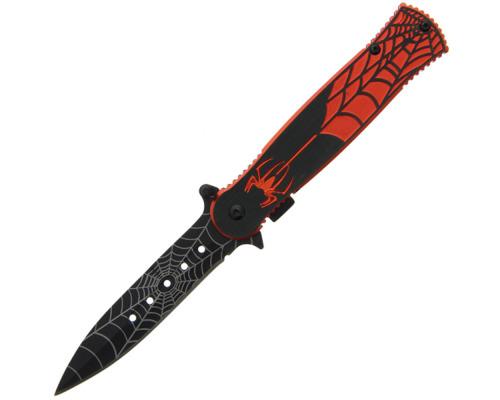 Stock image of a Spiderman knife

Shergill, of Hillary Road, Slough was caught with a steak knife in Slough in April 2021.

He was told to carry out 200 hours of unpaid work and pay £180 in court costs and fees.

Hawkins, of The Turnery, Thatcham, was discovered with a knife at The Henreys in Thatcham in June 2020.

After pleading guilty to possession of a blade in a public place and three other charges December 2020, he was sentenced to 16 weeks in prison suspended for 18 months.

Stock image of a person carrying a knife

Hussain, on Conway Road, Calcot, had a black handled kitchen knife on his person in Queen’s Road, Reading in January 2021.

He was given a 12-week prison sentence suspended for nine months due to the severity of the offence when he appeared in court in March.

Ross also had a kitchen knife on her in New Road, Datchet when she was stopped in January 2021.

The 39-year-old, of New Road, was told to take part in up to 20 rehabilitation activity days following an appearance at Slough Magistrates’ Court in February.

Here, she was also told to give up the knife, banned from driving for 12 months, and made to pay £95 in court costs.

A red spiderman lock knife, a grey lock knife and knuckle dusters were found on Panesar on Emmbrook Road, Wokingham in July 2020.

For this, the 39-year-old was sentenced to an 18-week prison stint suspended for 18 months.

Panesar, of Clifton Road, Wokingham, was also told to carry out 100 hours of unpaid work, take part in rehabilitation activities, and pay court costs of £85.

He appeared at Reading Magistrates’ Court on Wednesday, June 16.

His court case didn’t come until January 2021, however, when he was told to carry out 120 hours of unpaid work.

At Slough Magistrates’ Court the 33-year-old was also made to pay 180 in court costs and fees.

A PUB in Burnham has temporarily closed after a number of staff members were pinged to self-isolate from the NHS Test and Trace app. Slough Observer | News …

A NUMBER OF athletes are representing Berkshire in the games this summer. Slough Observer | News …

A VET has warned dog owners about the devastating impact of walking your dog during a . Slough Observer | News …

A BMW driver from Denham who was caught speeding at nearly 80mph in a 40mph zone has been slapped with a £1,000 fine. Slough Observer | News …

LOUD air raid-like sirens startled many sleeping residents in due to a “system fault” at . Slough Observer | News …