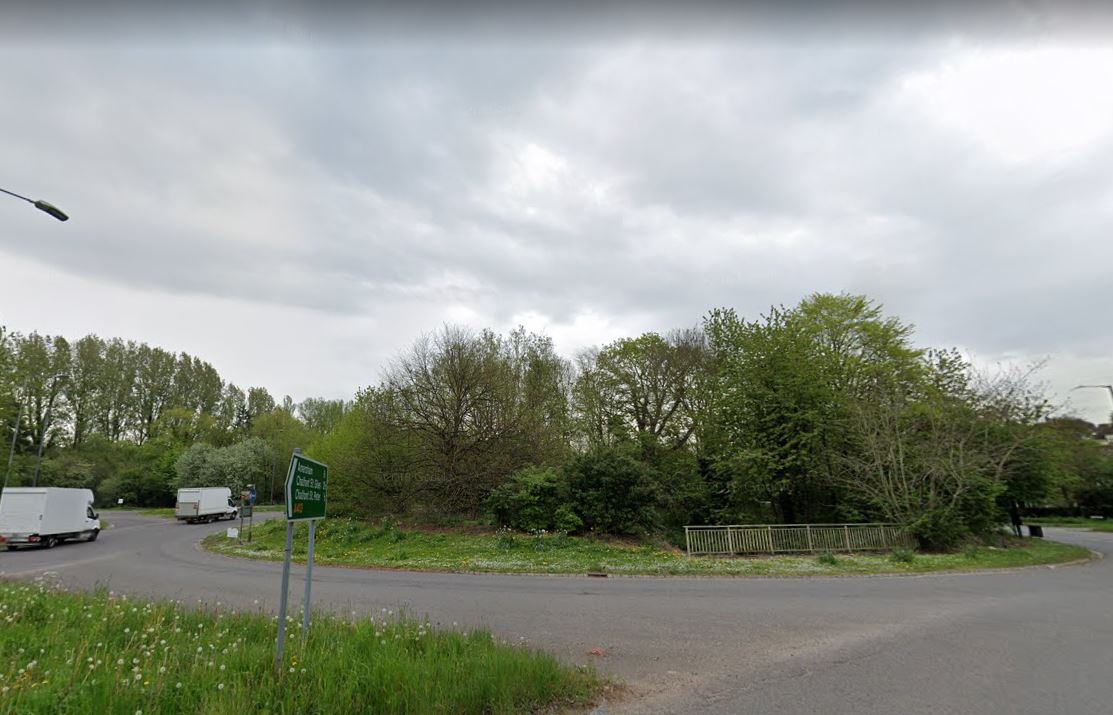 A 23-year-old has died after a car lost control and overturned in a late night horror smash.

The young Slough woman was one of five people in a blue Volkswagen Golf which mounted a roundabout and rolled onto its roof at about 2.30am in Chalfont St Peter.

Detectives closed the A413 between A40 Oxford Road and The Greyhound Inn (Joiners Lane Roundabout) for more than 10 hours as they investigated the deadly smash.

It was reopened at midday.

Early reports indicate the car was being driven south on the A413 Amersham Road, before losing control at the roundabout junction with Kingsway.

Having mounted the roundabout and rolling the car, the 23-year-old woman was tragically pronounced dead at the scene after succumbing to her injuries.

Three other passengers were taken to hospital with another person suffering minor injuries not requiring hospital treatment.

One of the injured people remains in St Mary’s Hospital in London with serious injuries, while the other two have since been discharged.

Investigating officer PC Simon Nelson, of the Serious Collision Investigation Unit, based at Three Mile Cross, said: “We are investigating this tragic incident which has resulted in the death of a 23-year-old woman.

“I am urging anybody who witnessed the collision, or who believes that they saw the VW Golf prior to the incident, to please make contact with police.

“I would also ask any drivers with dash-cams to please review their footage in case it has captured anything relevant.

“The next of kin of the woman who has died have been informed and are being supported by officers at this time, although as yet, formal identification has not taken place.

“Our thoughts are with the woman’s family at this very difficult time.”

On Monday, Mr Johnson, setting out the move to the second step of the road map on Monday, said the shift was “fully justified by the data”. Slough Observer | News …

THE Duke of Edinburgh’s final farewell will be a royal funeral like no other, with the Queen and her family following guidelines and wearing face masks and socially distancing as they gather to pay tribute. Slough Observer | News …

DEVELOPERS withdraw plans to demolish GP surgery for new homes – this is just one of the many plans submitted or determined by Slough Borough Council or the Royal Borough of Windsor and Maidenhead. Slough Observer | News …

A man has been sentenced to prison after police discovered a large cannabis farm in Slough. Slough Observer | News …

Berkshire has a vast history spanning many centuries, with developments over the years changing the face of the county. Slough Observer | News …