A recent social post conducted by the Reading Chronicle found that very few residents agree with the implementation of smart motorways.

Beginning work in September 2018, the 32-mile stretch of M4 between Theale and London has been widened to four lanes, with the removal of the hard shoulder.

READ MORE: M4 smart motorway roll out could be delayed

In the place of the hard shoulder, “places of safety” have been placed every 1.2 to 1.6 miles for refuge.

However, the roll-out of new smart motorways has been paused for five years after concerns over lack of safety data from MPs. 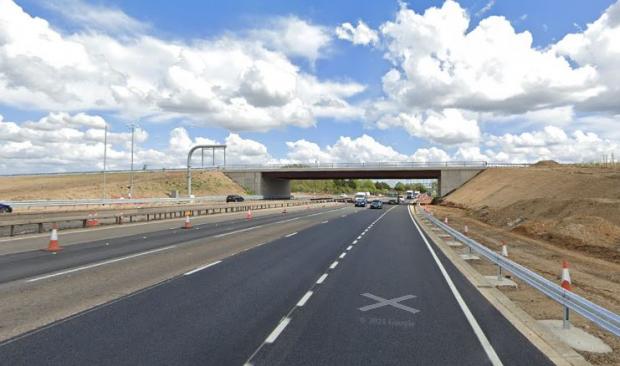 It appears residents of Slough also agree with this decision, with more than 160 responses believing that they are dangerous and unnecessary.

One commentor, Persephone Jones, said: “Absolutely not! I refuse to go on the M4 now. Terrifies me!.”

Along a similar line of thought, Gary Roman Maillard said: “Not at all. I’ve seen so many near misses where peeps ignore the red crosses an have to take evasive action which causes a knock on effect. My car engined failed on a dangerous stretch (auto) luckily it restarted in neutral while trying to get back to the inside lane with hazards on and no one letting me as it got slower & slower.”

Despite the overall judgement being that they were dangerous, there were contributors who believed they were a good idea.

Sara Dennis said: “Been using them for years up and down the M42/M6 motorway. Traffic definitely moves smoother and assistance was instantaneous when broken down. No different than a fast dual carriageway with no hard shoulder.”

Chris Van also added: “Was traveling to Reading last week, the closed lane came up, everyone moved over, the next sign said 40, everyone slowed down. No problem.”

The M4 passes through Slough at junction seven, and work is underway to make this a smart motorway zone.

While the rollout is paused, the Government will ensure current smart motorways without a permanent hard shoulder are equipped with resources to make them as safe as possible.

This will include investing £390 million to install more than 150 additional Emergency Areas so drivers have more places to stop if they get into difficulty.

This will represent around a 50 per cent increase in places to stop by 2025, giving drivers added reassurance.

Would these additions help you feel safer on our motorways? Let us know below!