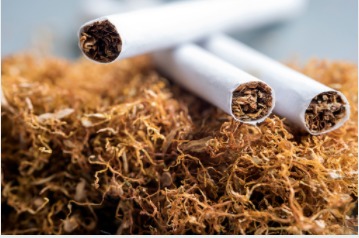 An illicit tobacco factory just outside Slough was swooped on by Revenue and Customs officers on Tuesday – as three people were arrested.

The processing plant is believed to have been run by an organised crime gang and officers seized tobacco worth an estimated £5 million in evaded duty and VAT. Two men aged 56 and 20 and a woman aged 28 were arrested in the house which is just over the Buckinghamshire border.

Investigators seized around 15 tonnes of processed and unprocessed tobacco and a substantial amount of tobacco manufacturing and processing machinery, which has been removed from the premises. One tobacco shredding machine was too big to be taken away and has been dismantled. False tax stamps, £3,000 in cash and counterfeit tobacco packaging were also seized.

Richard Mayer, assistant director, Fraud Investigation Service, HMRC, said: “Trade in illegal tobacco comes at a cost as it often funds wider organised crime that causes real harm to our communities, undermines legitimate traders and takes funding away from our vital public services. That’s why we work with Thames Valley Police and other agencies to disrupt criminal trade, which is at the heart of our strategy to clampdown on the illicit tobacco market.

“We encourage anyone with information regarding the production, smuggling, storage or sale of illicit tobacco to report it to HMRC online or call our Fraud Hotline on 0800 788 887.”

The two men and one woman arrested by Thames Valley Police have been interviewed by HMRC officers and released under investigation. HMRC’s enquiries are continuing.

Information about any type of tobacco or tax fraud can also be reported to HMRC online at www.gov.uk/report-an-unregistered-trader-or-business

THE A4 bus lanes have been around for more than a year now and have stirred up quite the controversy since being implemented. Slough Observer | News …