The first coronavirus death in ​over four weeks has been recorded at Frimley Health Trust, the latest figures show.

That was an increase of one compared to the 365 that had been recorded at the same point on Sunday, and the first death in 31 days.

The victims were among 3,572 deaths recorded across the South East.

Of 25 trusts within the region, Frimley Health trust has the second-highest death toll.

Daily death counts are revised each day, with each case backdated to the actual date of death.

This means some of the deaths that were first recorded in the latest period may actually have taken place days earlier.

NHS England guidance states: “Confirmation of Covid-19 diagnosis, death notification and reporting in central figures can take up to several days and the hospitals providing the data are under significant operational pressure.”

Only deaths that occur in hospitals where the patient has tested positive for Covid-19 are recorded, with deaths in the community excluded, such as those in care homes. 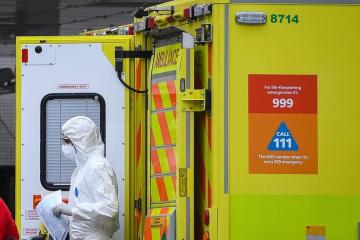 All outdoor public Christmas celebrations have been cancelled across the Royal Borough – as the pandemic casts a deadly pall over Windsor and its surrounding towns and villages. Slough Observer | News …

A police officer whose leg was amputated after a drunk driver crashed into him and a colleague has spoken of his disgust after hearing that the culprit is being released on licence 10 months into a five-year jail term. Slough Observer | News …