A Thames Valley Police officer may have failed in their duty of care after a suicidal man was found with a ligature around his neck in a police cell, an investigation found.

A man arrested four weeks after trying to take his own life attempted strangulation  shortly after being put in custody in May 2016.

The Independent Office for Police Misconduct (IOPM) found an officer had not completed the detainee care plan prior to allowing the man to be taken to his cell, which the body called an ‘unnecessary delay’.

The case has resurfaced after the BBC published new analysis today (February 11) showing seven officers and one staff member of Thames Valley Police have been guilty of misconduct since 2018.

After he was discovered, the man was provided with oxygen and seen by a healthcare practitioner.

He was then placed on constant supervision while he remained in custody.

His partner appealed to the IOPM in 2018 after she was unsatisfied with the results of a police investigation into the incident.

“The evidence obtained by the investigation indicated that a TVP officer may have failed in his duty of care towards the man,” their report, published in September 2019, states.

It continued: “We were also of the opinion that the officer’s omissions in relation to the care plan did not constitute conduct that was intentional, deliberate, targeted or planned.

“Evidence also showed that the officer took a number of actions which could be considered consistent with them having due regard the detainee’s welfare and taking positive steps to reduce potential anxiety.”

The IOPM upheld two other complains: Officers did not arrange for an appropriate adult to attend when the man was in custody and the officer did not complete an incident report or record/report the matter internally and externally to the IOPC as a near miss.

They recommended management action focusing on the importance of documenting decisions and following processes in accordance with guidance and policies.

After reviewing the report, TVP agreed that management action for the officer in relation to their omissions was the most proportionate response.

For confidential support, call the Samaritans for free on 08457 90 90 90 or visit a local Samaritans branch. Click here for details 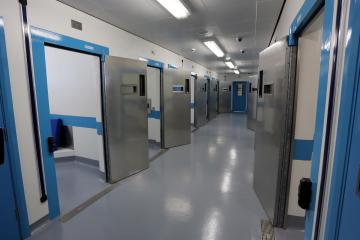