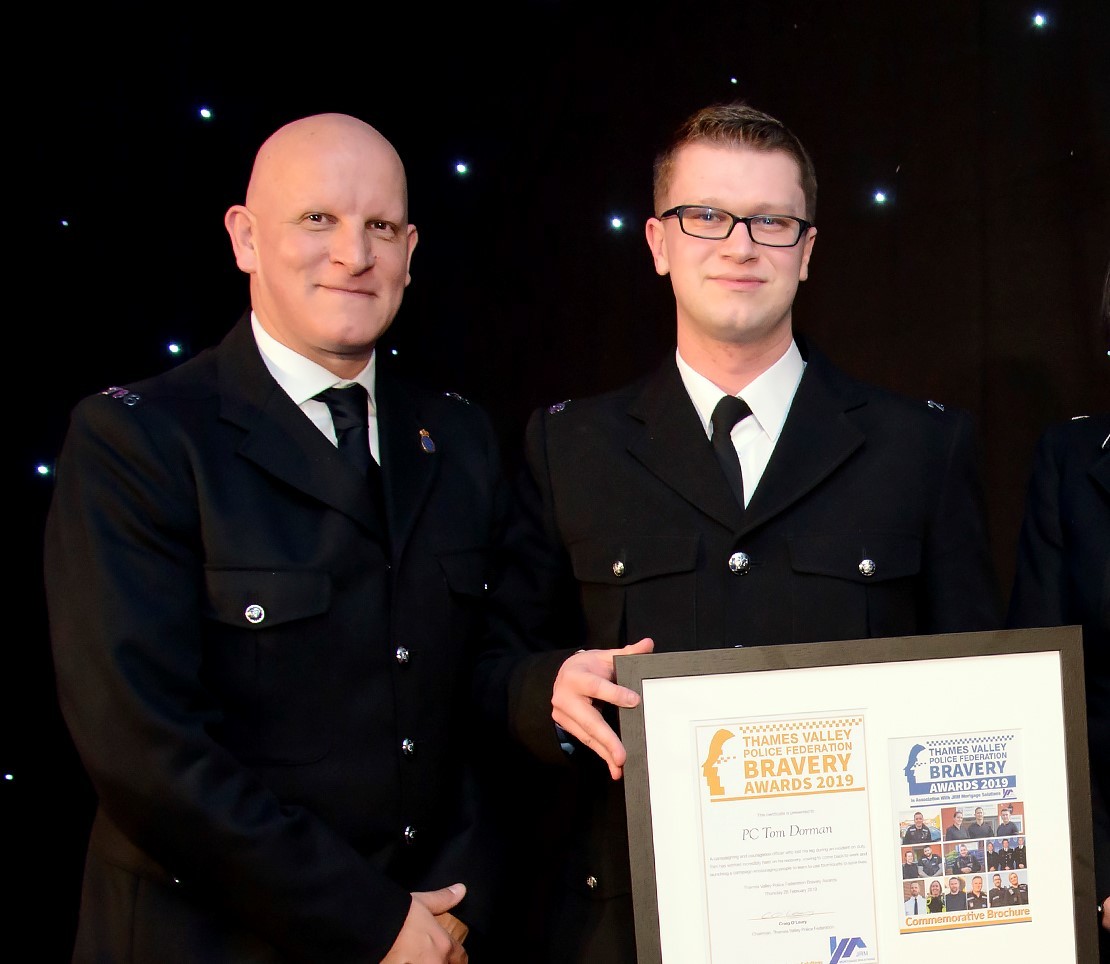 A police officer whose leg was amputated after a drunk driver crashed into him and a colleague has spoken of his disgust after hearing that the culprit is being released on licence 10 months into a five-year jail term.

Brown, 25, of Suffolk Road, Maidenhead, was travelling at excessive speed and out of control along Norden Road at 5.30am on September 2, 2018 when his silver Ford Focus collided with a taxi which was being checked by two police officers in Norden Road – pushing them violently against it.

PC Tom Dorman, who is now an Acting Sergeant, received serious injuries which led to his left leg being amputated.

Despite his agony he directed residents to find a tourniquet to stop him dying from blood loss at the scene. He also suffered a depressed skull fracture.

His colleague and a woman passenger in the car that Brown was driving also suffered horrifying injuries.

Brown fled the scene of the crime.

PC Dorman believes a five year jail term was already far too lenient and that Brown’s release is a final insult.

Speaking this week, he said: “Where is the justice for the victim? I am absolutely disgusted to find out that Hayden Brown has been already moved to an open prison and will now be allowed to be temporarily released on licence.

“He’s served ten months of a five-year sentence. What an insult. The justice system is broken and failing victims of crime.”

“How can the system be so fundamentally flawed that his actions effectively sentenced myself, my crew mate and his passenger to a lifetime of punishment, but he gets to leave prison months later? How is this creating a culture where criminals who harm officers face the full consequences for their actions?”

Sgt Dorman has appealed to the Home Secretary Priti Patel and the Prime Minister Boris Johnson to look into the case.

Craig O’Leary, Thames Valley Police Federation Chairman, added: “We are shocked and appalled to hear that Brown will not serve the full five years he was handed. Brown chose to get behind the wheel, having drunk alcohol and taken cocaine. In doing so he drove into two police officers.

“His actions that day changed Tom’s life forever, and yet Brown has spent only a few short months behind bars. How is this justice for these officers?” 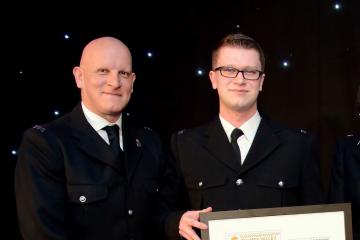