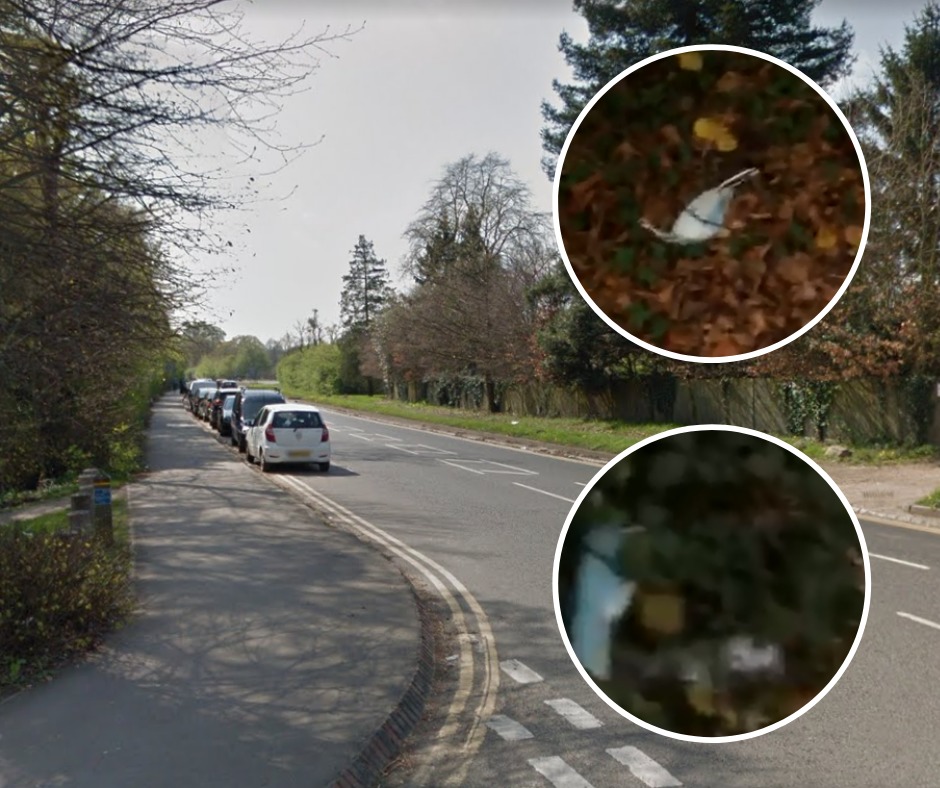 A patient counted at least 63 used face masks dumped in the hedgerow outside a hospital in a shocking video – leaving him “appalled and disgusted”.

Dozens of face coverings have been discarded outside Wexham Park Hospital – something Frimley Health NHS Foundation Trust said they were “extremely disappointed” about.

Disgusted at the amount of face masks chucked in bushes and hedges or simply dumped on the ground on Wexham Street, a patient – who did not want to be identified – decided to record a video of the mess and sent it to the Bucks Free Press.

He counted 63 masks – as well as a soiled nappy – on what he said was a 100-metre walk from the hospital to his car on Wednesday, November 10.

Speaking to the paper, he said the amount was a “huge health and safety concern” and had tried reporting the issue to both the hospital, the council and Beaconsfield MP Joy Morrissey.

He said: “I am appalled and disgusted and the number of face masks that are discarded on the kerbside and in the hedges. There are also other bits of litter and even a soiled nappy.

“It’s not acceptable. Face masks just hanging in bushes is not the way forward. Health and safety is a concern for everyone in this day and age, especially with Covid numbers and deaths still increasing.

“I’ve been a patient at the hospital for four months, I mentioned the issue several weeks ago to the hospital and they said it wasn’t in their remit because it’s outside of the hospital. I reported it to Bucks Council and they said they would do something about it but I’m yet to be convinced.

“I also emailed Beaconsfield MP Joy Morrissey but she can only deal with queries from her constituents and I live in the Royal Borough.

“I feel like the buck is being passed from one to another and no one wants to be proactive about it but I’m not going to let it drop. I’ll take it to the Health Secretary if I have to. It’s awful – we don’t live in a third world country.”

He added that special face mask bins should be installed outside the hospital to discourage hospital visitors from chucking them on the floor after leaving the premises – or the council needs to get better at street cleansing in the area.

Despite reporting the issue to Buckinghamshire Council, only half of Wexham Road actually falls into their jurisdiction – and the half where the face masks have been tossed into the bushes is in fact the responsibility of Slough Borough Council (SBC).

An SBC spokesman said: “It does certainly look horrible and we can certainly understand why people would be concerned.

“We have asked our street cleaning team to take a look and see what they can do.

“We would much prefer people disposed of their rubbish – whether it bit a crisp packet, face mask or soiled nappy – in the many bins which are available both inside and outside the hospital grounds, or took it home with them.

“As ever it is a small minority of people who are ruining the area for everyone – and with the number of bins around, including the special ones provided by the hospital, there is really no excuse for people to leave their rubbish in the bushes or on the floor. It is just nasty and inconsiderate.

“We and the hospital are doing everything we can to keep the area clean, and we ask visitors and parkers around the to do the same.”

A spokesman for Frimley Health NHS Foundation Trust added: “We are extremely disappointed that some people have chosen to discard face masks and other litter outside Wexham Park Hospital and we are working with the local authority to address this.

“We always encourage our patients and visitors to dispose of their face masks responsibly – either in the clearly marked bins situated at every hospital exit, or at home.” 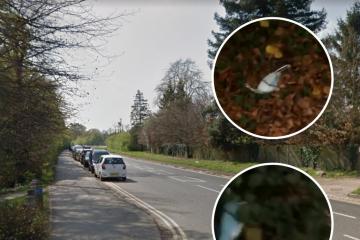