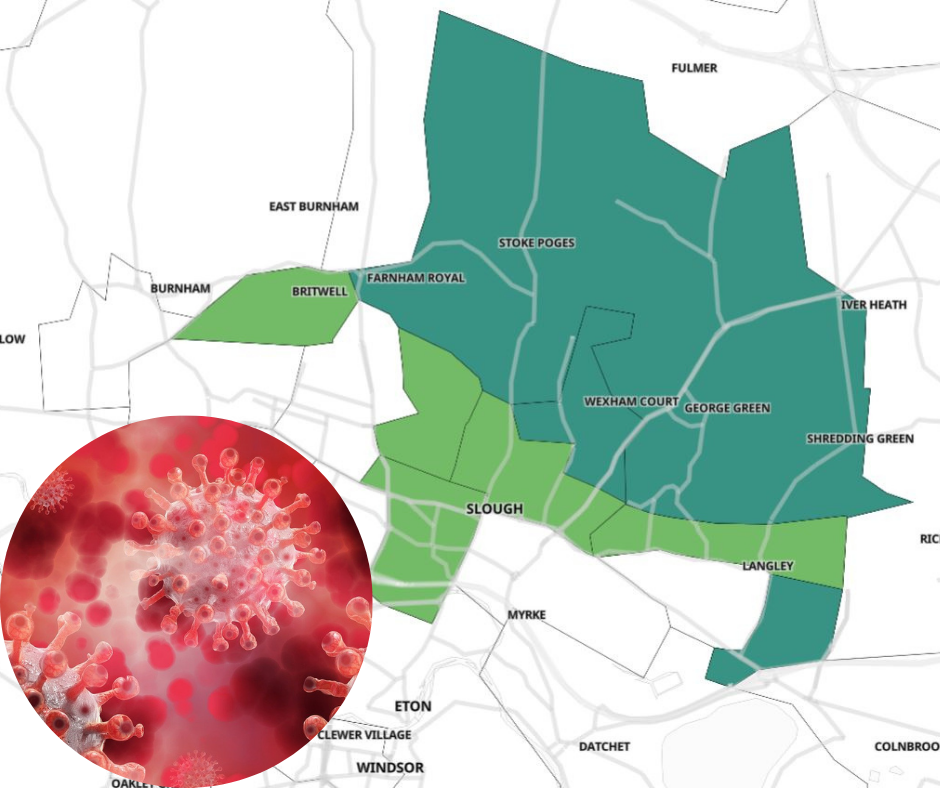 Today marks the next step in lockdown restrictions being eased.

People across England, Wales and most of Scotland are now able to socialise indoors in limited numbers, hug loved ones and enjoy a drink and a meal inside a pub or restaurant.

The number of coronavirus cases in Slough remains comparatively low when examined against at the start of the year.

Only eight areas across the town registered more than three cases in the week ending May 11, the latest available data.

Stoke Poges and George Green saw eight cases, an increase of six on the previous week.

READ MORE: In pictures: Punters return to the pub as lockdown restrictions ease

The rolling rate, which is calculated by dividing the seven day count by the area population and multiplying by 100,000, stood at 89.

Six cases were recorded in Langley Foxborough, up by three on the week before. The rolling rate stood at 67.9.

Wexham Lea also saw six cases, an increase of four on the previous week. The rolling rate was 53.

READ MORE: Controversial plans for new traveller site given the go ahead

Five cases were recorded in Stoke Road and Wexham Road, the same number as the week before.

Baylis and Stoke also recorded five cases, up by two on the week before. The rolling rate was 43.3.

Four cases were reported in Langley St Mary’s, with a rolling rate of 43.1.

Britwell also saw four cases, up by one on the week before. The rolling rate stood at 39.7.

Chalvey had three cases, one fewer than the week before.

There were fewer than three cases in the remaining areas across Slough. In areas with fewer than there cases, data is not shown in order to protect individuals’ identities.