More than 1,000 people have tested positive for coronavirus in Berkshire in the past 24 hours, according to the latest figures.

Public Health England has recorded 1,003 lab-confirmed cases in the past day in areas including Reading, Bracknell, Wokingham, West Berkshire, Slough, and Windsor and Maidenhead.

These figures, correct as of 4pm on Saturday, January 9, bringing the county’s lab-confirmed positive Covid-19 tests total to 36,530.

The local breakdown for the past 24 hours as follows:

The latest seven-day rate per 100,000 people locally are as follows:

There are more than 1,035 new deaths of COVID patients in the UK, according to today’s figures.

The Queen and Duke of Edinburgh have received their Covid-19 vaccinations, joining more than a million people who have been given the jab.

In an unusual move, Buckingham Palace, which rarely comments on the private health matters of the monarch and duke, announced the 94-year-old head of state and her consort, 99, had been given the injection.

A royal source confirmed the injections were administered by a household doctor at Windsor Castle.

The national lockdown needs to be toughened further to have a similar impact on case numbers as the March shutdown, scientists have said.

A more infectious variant, coupled with the usual winter pressures, requires stricter measures than the ones announced by Boris Johnson for England this month, the experts warned.

Professor Robert West, a participant in the Scientific Pandemic Influenza Group on Behaviours (SPI-B), said the current restrictions are “still allowing a lot of activity which is spreading the virus”.

The professor of health psychology at University College London said he, and people he has spoken to including epidemiologists, medical scientists and virologists, think the rules should be tightened.

He told BBC News more children are going to school than in the first lockdown and that schools are “a very important seed of community infection”.

He added: “Because we have the more infectious variant, which is somewhere around 50% more infectious than last time round in March, that means that if we were to achieve the same result as we got in March we would have to have a stricter lockdown, and it’s not stricter. 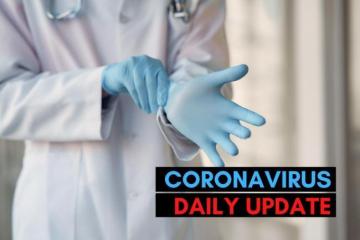 A TOTAL of more than 42,000 people have tested positive for coronavirus in Berkshire, according to the latest figures. Slough Observer | News …

More than 700 people have tested positive for coronavirus in Berkshire in the past 24 hours, according to the latest figures. Slough Observer | News …

CCTV images have been released following a burglary in Windsor. Slough Observer | News …

The number of coronavirus cases recorded in Slough has topped 10,000. Slough Observer | News …