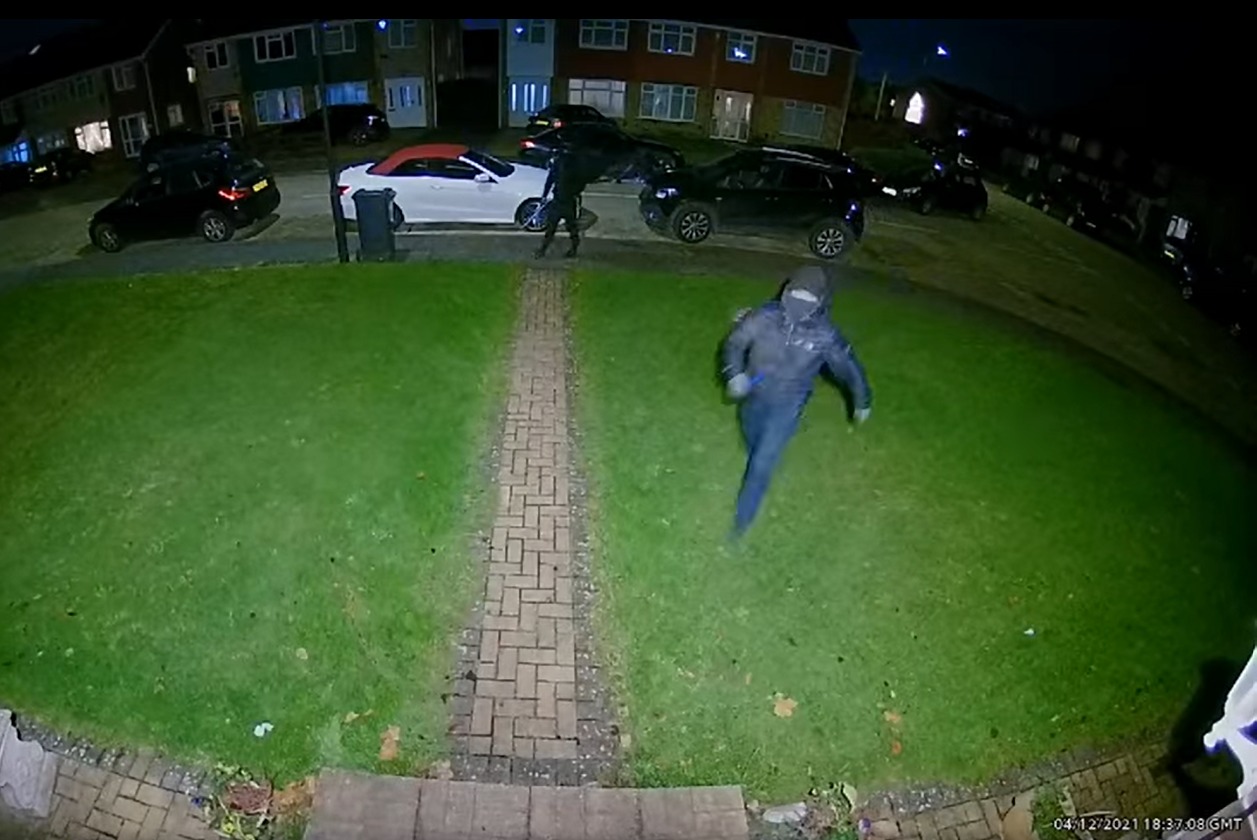 A TERRIFYING incident has left a Slough councillor “shaken” after she was threatened with an iron bar by catalytic converter thieves.

Foxborough councillor Madhuri Bedi told the Local Democracy Reporting Service she was about to go out for a night’s dog walk on Saturday, December 4, when she unknowingly disturbed a catalytic converter theft outside her home in Colnbrook.

Catalytic converters are devices fitted to vehicle exhausts to reduce the amount of dangerous gases emitted. They are often targeted by thieves as they contain valuable metals and can be removed in less than a minute.

Shocking footage shows the moment Cllr Bedi opened her door and a masked thief barged up to her with an iron bar threatening her to “get back”.

Luckily the Foxborough representative said she closed her door in time to prevent the man from entering her home.

A number of people can be seen in the footage appearing to jack up a car nearby, before running off after just minutes.

Police did not confirm whether a catalytic converter was in fact stolen during the incident.

She said: “Just the way they ran up, if it was an elderly person or if it was my son who opened the door, what would they have done?

“I don’t know how I managed to close the door in time, but it was horrible. Even now, I’m still shaken up by it.”

No arrests have been made so far.

Thames Valley Police say it is investigating this incident in Winchester Close and have urged anyone with any information to call them on 101, quoting reference number 43210548516.