LOCALS have branded the council “out of touch” with reality over an “alarming” rise in fly-tipping they say is in part due to their own lack of ability to fence off land to criminals.

The Mansion Lane Landowners Group criticised Buckinghamshire Council for planning rules they claim prevent people from protecting their own property from would-be fly-tippers – adding the rate of illegal dumping in Iver has increased ‘massively’ in recent months and years.

They said they know of instances where people awoke to find waste dumped on their own land as well as local roads, adding some were so “desperate” they had taken to stopping access to Hollow Hill Lane.

They said Buckinghamshire Council “seems to be out of touch with ground realities”.

PICTURED: Rubbish on land adjacent to Mansion Lane, just south of some houses

“Massive and alarming rise in fly-tipping incidents in Iver over the last few months and years, both on public highways and private land,” wrote the Mansion Lane Landowners Group on social media.

“Even though local roads display various warning signs against fly-tipping, this did not seem to have much impact on these offences.

“[The] fly-tipping situation is so desperate that some local landowners have blocked Hollow Hill Lane to stop [it].

“Fly-tipping has been rampant and brazen in this part of Iver. There were instances where residents woke up to massive debris dumped on local roads and private land.” 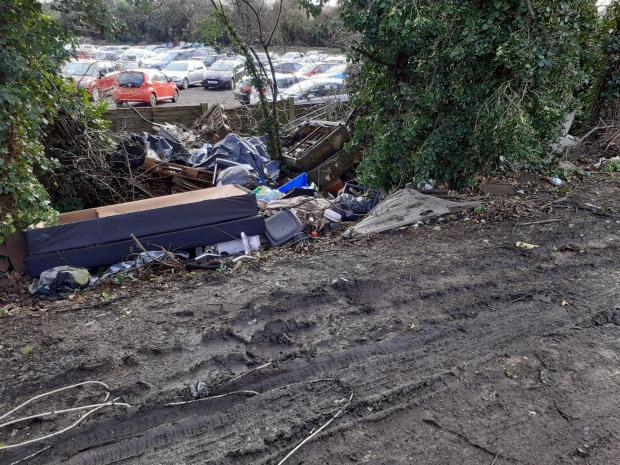 They added: “This is a hopeless situation as landlords are responsible for keeping their private land free from litter, yet not allowed to erect wire fences to protect [it].”

Buckinghamshire Council cabinet member for environment and climate change, Cllr Bill Chapple, said: “Buckinghamshire Council’s illegal dumping enforcement team is aware of the incidents of fly tipping in the Langley Park Road, Hollow Hill Lane and Mansion Lane area. We investigate each incident for evidence that will allow the offender to be traced, and then clear the waste where it has been dumped on public land. Private landowners have a responsibility to clear their own waste, but we will engage with them where possible to facilitate prompt clearance. We do investigate dumping on private land, however, with a view to prosecuting or issuing a fixed penalty notice where the evidence allows.

“Public behaviour regarding illegal dumping appears to have changed during and since the first coronavirus lockdown in March 2020, and Buckinghamshire – in common with many other parts of the country – has seen a noticeable increase in fly tipping as a result. The council continues to take a zero-tolerance approach to these offences, prosecuting offenders when possible while also letting the public know of the legal alternatives, including the kerbside collection service and our network of household recycling centres.”

We’ve launched a new Facebook group for local news junkies, politics fans and everyone who wants to keep up to date with the latest issues affecting The Ivers. Please join the conversation over at Buckinghamshire Politics 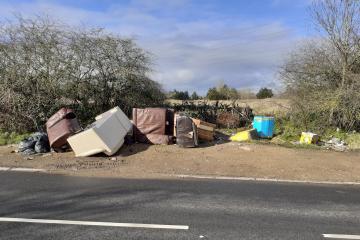 A suspect’s resistance to police restraint in Slough contributed to his death, an inquest found today (December 2). Slough Observer | News …