MORE THAN 80 arrests and some £40,000 has been seized following the a major police operation to combat drug trafficking in Berkshire.

From May 17 to May 23, Thames Valley Police undertook the latest crackdown on county lines drug dealing, leading to a total of 81 arrests and £42,702 cash being seized.

According to the force, County Lines drug dealing is the name given to drug dealing where organised criminal groups (OCGs) use phone lines to move and supply drugs, usually from cities into smaller towns and rural areas.

“Thames Valley Police sees tackling OCGs and county lines as an absolute priority and we are determined to continue to work closely with our partners including Local Authorities, Schools, Health Professionals and charities, to safeguard children and vulnerable adults.

“I see the fact that we have safeguarded a number of adults and children from being exploited through violence, fear and intimidation by drug dealers this week as a real success.

“We will continue to act every single day to stop those who seek to damage our communities through this extremely harmful criminal activity.”

In total, the police force found more than 629 wraps of cocaine, as well as uncovering and removing heroin and cannabis from the streets. 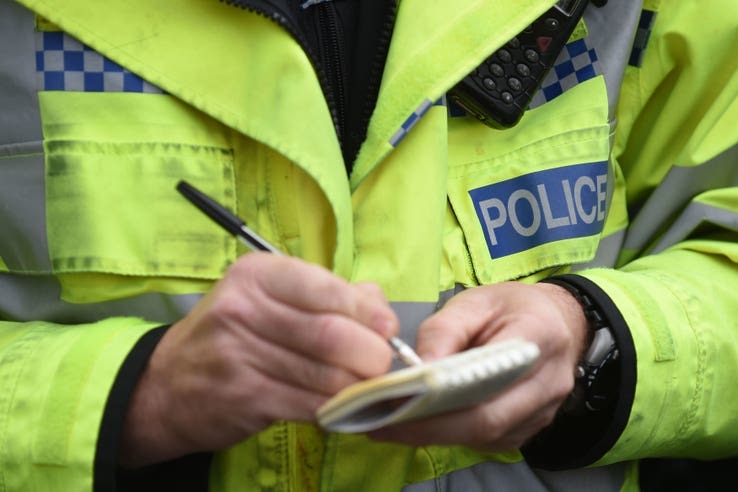 DCS List added: “It is important for us all to be familiar with the signs that someone might be the victim of drugs exploitation as only with the public’s help can we stop this.

“If you think someone shows sign of mistreatment, or a child seems to travelling long distances or is unfamiliar with the area they are in, then you can report your suspicions to Thames Valley Police on 101 or via our website.

“Engagement with the public is vital as well and we will continue to work together with our communities and partners so that we can protect vulnerable people, bring offenders to justice and make the Thames Valley a safer place.”

A total of 29 vulnerable people were identified during the raids and 95 people vulnerable were engaged with. Officers also carried out 103 school visits to give young people and teachers the information they need to spot the signs that someone is being groomed by an OCG.

Police have also stated that 136 addresses where known “Cuckooing” has taken place were intervened with.

ALSO READ: Petition launched to save The Peel Centre from being knocked down for housing

‘Cuckooing’ is where OCGs target the address of a vulnerable adult, taking over the property that the adult is living in and forcing them to sell drugs out of their home.

Detective Inspector Lee Newman, County Lines regional co-ordinator for the South East Regional Organised Crime Unit, said: “We’ve provided support to forces with a range of specialist skills and co-ordinated activity to ensure we work together to identify and disrupt serious offenders causing the most harm in our communities.

“County Lines drug dealing has a significant impact upon communities and involves the exploitation of some of the most vulnerable people in society, including children.

“We’re committed to further developing our understanding of the methods used by organised criminals responsible for County Lines criminality to ensure we can continue to target them, while working closely with our partners to support victims.”

A TEENAGE girl in uniform was almost grabbed and abducted by two men on her way to school. Slough Observer | News …

The number of cases of the Indian variant of Covid-19 in Slough can be revealed. Slough Observer | News …

A MURDER investigation has been launched in Burnham after a man died yesterday afternoon. Slough Observer | News …

“I’ve lived in Reading my entire life and never before had I seen the town so stunned. ” Slough Observer | News …

The M4 is closed in both directions this weekend. Slough Observer | News …