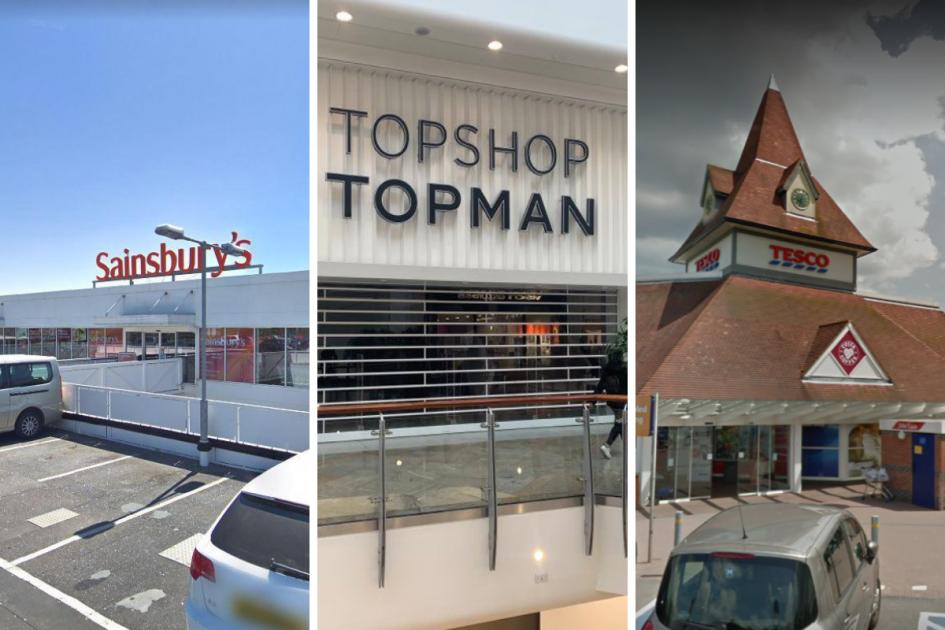 Companies are often hauled before judges for criminal offences.

Here are some examples of companies operating in Berkshire that have been fined or appeared in court for major (and some not-so-major) crimes.

Back in December 2020, Tesco’s Bracknell North superstore was served a whopping £536,000 fine following an incident in July 2017.

A ten-year-old boy was electrocuted after coming into contact with a faulty electrical supply in a freezer, leaving him burnt and with pains down his right leg.

The Public Protection Partnership investigated following the incident, and found ‘procedures were not followed properly’ and the fault was known to exist prior to the event.

Prosecution followed and Tesco was fined £268,000 each for two health and safety offences.

Tesco Warfield made headlines (again for the wrong reasons) earlier in 2020 after Trading Standards found 46 out-of-date food items at their Bracknell North superstore.

Officers found these items during an inspection in October 2017 but it was only three years later that the supermarket was fined £160,000 for the health and safety breaches.

Pleading guilty, Tesco emphasised at the hearing that they have good procedures in place and these offences were from local failures in compliance with those procedures, which were promptly investigated and rectified.

Topshop and other companies

Two now-defunct companies have been found guilty of health and safety breaches in relation to the death of a ten-year-old boy at Reading’s Topshop store.

Kaden Reddick, from Burghfield, died on February 13, 2017 after a barrier fell on him at The Oracle’s former Topshop store.

Following a two-month trial, Arcadia Group Ltd and Topshop/Topman Ltd were found guilty of health and safety breaches in connection with Kaden’s death.

A third company, Realm Projects Ltd, was acquitted by a jury after 20 hours and 29 minutes of deliberations.

Stoneforce Ltd had already admitted to health and safety breaches prior to the trial starting in January 2022.

The guilty parties will be sentenced at Reading Crown Court at a later date.

This firm did not appear in court, but still received a whopping fine.

A civil penalty notice informs an organisation it has employed someone who did not or does not have permission to work in the UK, in breach of the prevention of illegal working regime, according to employment advisors Davidson Morris.

The store, based at Trelawney Avenue in Langley, was named and shamed on a government list of businesses that have received illegal working penalties recently.

The fines were issued between October 1, 2021, and December 31, 2021, and include businesses such as chicken shops, off licences and car washes from up and down the country.

A Wokingham waste management firm has been handed a huge court bill after stealing water from Thames Water.

The incidents occurred in London on December 13, 2021, and in Shinfield on January 18, 2022, without the consent of Thames Water.

Jubilee Building supplies limited was fined £60,000 in July 2019 after an accident at its warehouse on John Nike Way in Bracknell.

The incident saw a member of staff drive into the anke of another employee while manoeuvring a forklift truck in the warehouse area.

The injured employee sustained ligament damage to his ankle and was taken to Frimley Park Hospital for treatment.

A PPP investigation led to the company pleading guilty to three health and safety offences and a further order to pay £10,000 for prosecution costs.

SAINSBURY’S has been fined £1 million for a ‘booby trap’ which caused horrific injuries to a shopper at one of its stores.

The supermarket giant was hit with the hefty sum and its first health and safety conviction after the jaw of customer Patricia Crampton was shattered by the inadvertent car park trap.

Patricia suffered life-changing injuries and needed titanium plates inserted in her jaw after falling victim to the trap while travelling in her mobility scooter.

She could have been decapitated by twine stretched taut between two car park pillars, a court heard.

Reading Magistrates’ Court was told on Wednesday, (March 2) that the system put thousands of customers at the Sainsbury’s superstore in Newbury, at risk.