ENVIRONMENT campaigners are warning that a new road layout is an “accident waiting to happen”.

The Royal Borough of Windsor and Maidenhead has recently completed works on Ascot High Street which is causing confusion for drivers.

New works were completed next to Heatherwood Hospital with a new roundabout and footway on Kings Ride, in order to ‘mitigate extra traffic pressures arising from the new hospital and construction of 250 homes’, the council say.

But campaigners claim that it is dangerous because the road layout is made at a confusing angle. 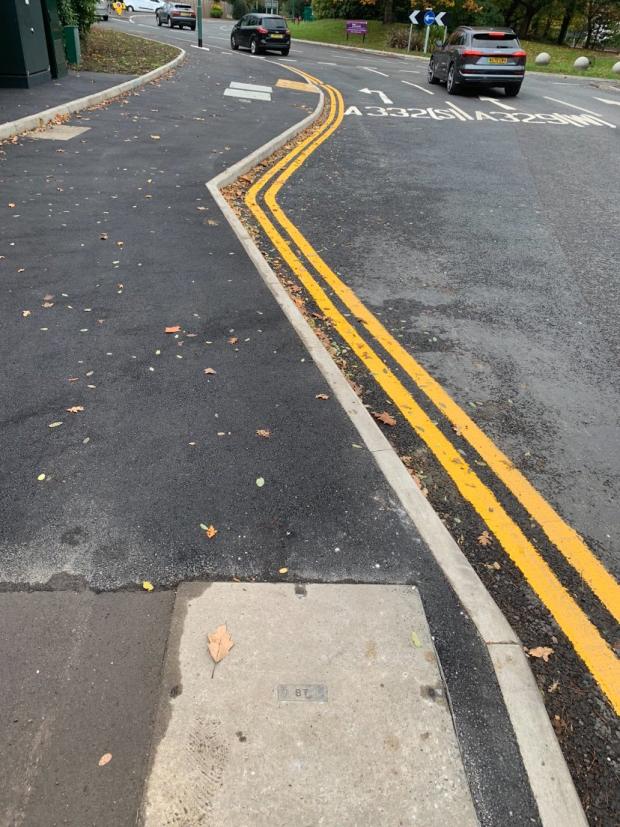 The Society for the Protection of Ascot and Environment (SPAE) contacted the Bracknell News following the recent new works on Ascot High street.

Peter Lynam, on behalf of SPAE, said: “This has taken over six months to achieve and has caused major inconvenience. If you approach from the Bagshot direction there is no forewarning that the entrance to the roundabout is now three lanes. The first indication is painted on the ground but only after turning left to join the roundabout so you can’t see this until you are on top of it.

“This is causing people to change lanes without looking on the roundabout. If you come from Ascot you get that ludicrous sharp edge to the start of the left hand lane, presumably because BT refused to move their communications mast.
They also claim the road layout is ‘confusing’ to drivers, with no prior warning given of the third lane when you’re driving from Bagshot.

He also added: “It looks like an accident waiting to happen. No prior warning of 3rd lane (in any direction). First indication is painting but from an angle you can’t see in advance.”

The council and highways team said they have no concerns over the safety of the road.

A spokesperson for the Royal Borough of Windsor & Maidenhead said: “These works were undertaken by the developer of the Heatherwood Hospital site and included capacity improvements to Heatherwood Roundabout, plus a new roundabout and footway on Kings Ride, in order to mitigate extra traffic pressures arising from the new hospital and construction of 250 homes.

“While the council as highways authority currently has no safety concerns about what the developer’s contractor has delivered, highways safety is paramount and we will continue to monitor how motorists adjust to and interact with the new layout, listen to people’s feedback, and will speak with the developer if changes are required.”